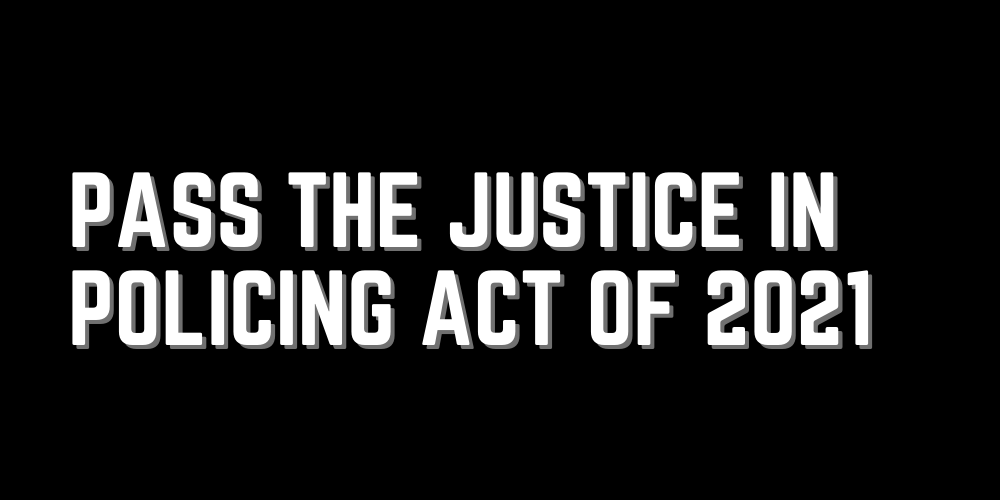 Tell Your Senators: Pass the George Floyd Justice in Policing Act of 2021

There is no justice in a system of policing that systematically kills Black people and protects the officers with blood on their hands. We have a chance to change that.

In March 2021, the House passed the George Floyd Justice in Policing Act of 2021, a piece of legislation that enacts comprehensive reform to policing in the United States by providing necessary measures to protect Black and brown Americans from police brutality and keep law enforcement officials accountable for their violent actions.

Now, it’s up to our senators to make this long overdue bill into law.

The Justice in Policing Act includes key provisions that would:

We continue to mourn the senseless murders of George Floyd, Breonna Taylor, Dreasjon “Sean” Reed, Tony McDade, Daniel Prude, David McAtee, Rayshard Brooks, Daunte Wright, Ma’Khia Bryant, and too many others who have lost their lives to dangerous policing. We will continue to say their names, and in their memory, we will fight to dismantle the law enforcement system that failed to protect their lives.

Urge your senators to reform our broken system of policing and pass the George Floyd Justice in Policing Act of 2021.