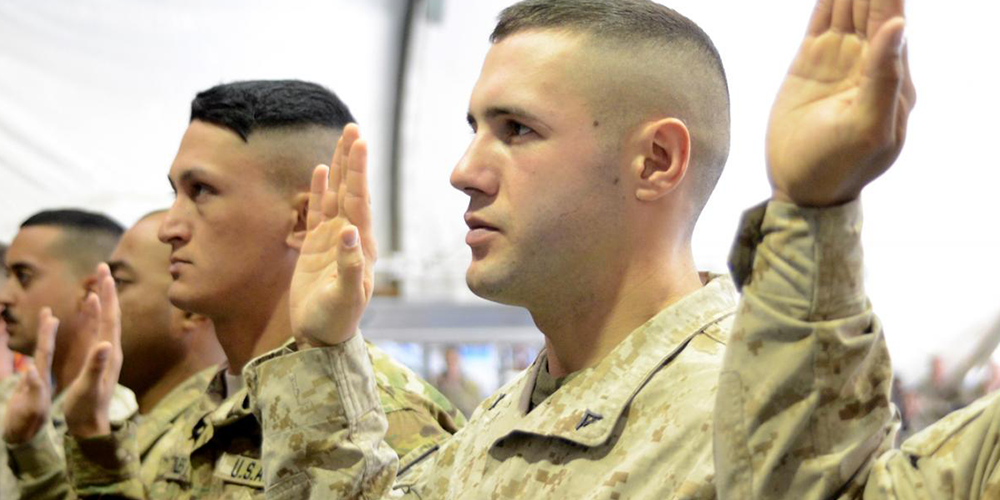 The U.S. Pentagon promised to grant expedited citizenship to 1,000 foreign-born recruits who would provide urgently-needed medical and language services to the U.S. military. Now, the Pentagon is considering a plan to cancel these contracts – putting these individuals at risk of deportation. Join us in taking action to protect enlisted immigrants.

Immigrants have served in and fought for the U.S. military since the birth of our nation. And since 2009, The United States has successfully recruited more than 10,400 highly skilled foreign-born professionals through the Military Accessions Vital to National Interest (MAVNI) program. These men and women would make our armed forces stronger and more effective.

Nearly 1,000 of these enlisted individuals are waiting for their travel orders, but if the Pentagon cancels their contracts, they could be deported. By revoking their contracts, we would jeopardize their lives and the lives of their family members while weakening our own military forces.

Representatives Meng and McCollum and Senator Duckworth have already spoken out against this betrayal.

These soldiers made a pledge to provide vital services our military in exchange for citizenship. They signed up to serve and protect us. Jeopardizing their lives and the strength of America's military forces by going back on our promise would be unacceptable.

Act Now: Urge your representatives to pressure Donald Trump and the Pentagon to honor our nation’s commitment to grant expedited citizenship to these brave men and women who are willing to serve our country.