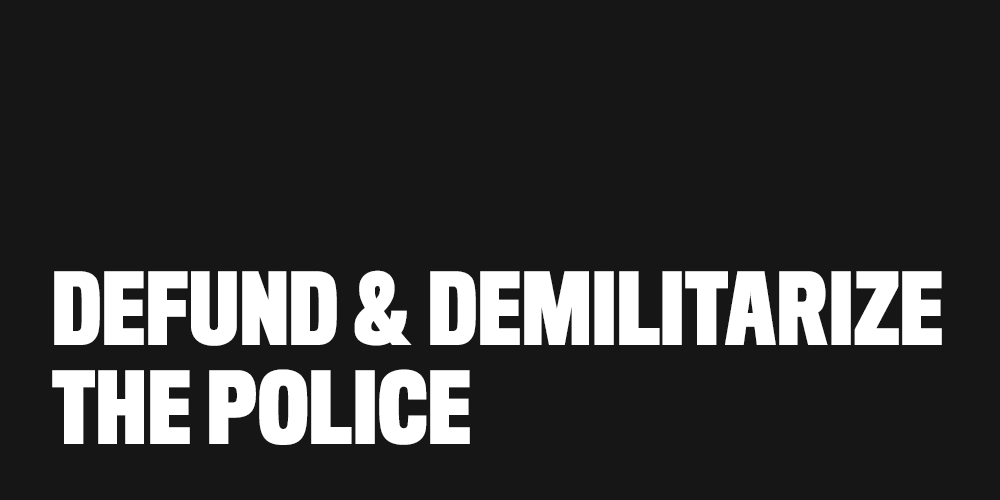 In the wake of the senseless murders of George Floyd, Ahmaud Arbery, Breonna Taylor, Dreasjon “Sean” Reed, Tony McDade, David McAtee, Rayshard Brooks, and too many others, we must take action to defund and demilitarize police forces across the nation.

Militarized, violent, and anti-Black policing is not new — it has happened for generations. Yet, federal policies in recent years have only exacerbated these inhumane, disturbing practices.

In 2017, Donald Trump reversed an Obama-era executive order that put tougher restrictions on the transfer of military equipment to state and local police forces. Trump’s decision made it easier for bayonets, grenade launchers, armored vehicles, and other dangerous equipment to be used to police our communities.

Let’s be clear — weapons of war should never be used to police our communities. We cannot accept the continued normalization of state violence against Black people that has gone on for centuries. A militarized police force only serves to terrorize our communities and doesn’t make us any safer.

Write to your members of Congress and urge them to do all in their power to defund and demilitarize the police.