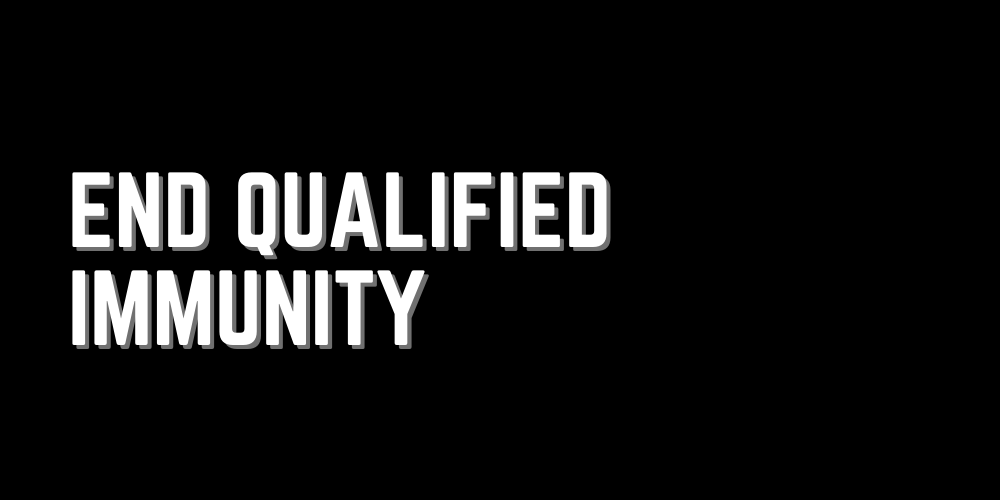 In 2021, Rep. Pressley reintroduced the bill, now cosponsored by Senators Ed Markey (D–MA) and Elizabeth Warren (D–MA). This is a second chance at building a justice system that delivers accountability to violent law enforcement officers who abuse their positions by brutalizing Black bodies. We must act swiftly to end this dangerous doctrine once and for all.

Qualified immunity emboldens police officers to use excessive force because they are unafraid of the consequences of their actions. They know that even if they violate the constitution, the law protects them. The legal doctrine of qualified immunity makes it nearly impossible to hold government officials — like law enforcement officers — liable for violating a person's civil rights.

According to the American Civil Liberties Union, “An officer who has violated the Constitution cannot be held liable for damages unless the violation was ‘clearly established’ in the law.” In order to meet that incredibly narrow standard, it’s up to the plaintiff to point to a previous case with facts almost identical to their own. Without such precedent, qualified immunity protects officers who engage in even deadly instances of misconduct.

Families seeking accountability for the murder of their loved ones should not have to face this impossible, uphill legal battle.

Tell your members of Congress to pass the Ending Qualified Immunity Act of 2021 and demand justice for victims of police brutality.