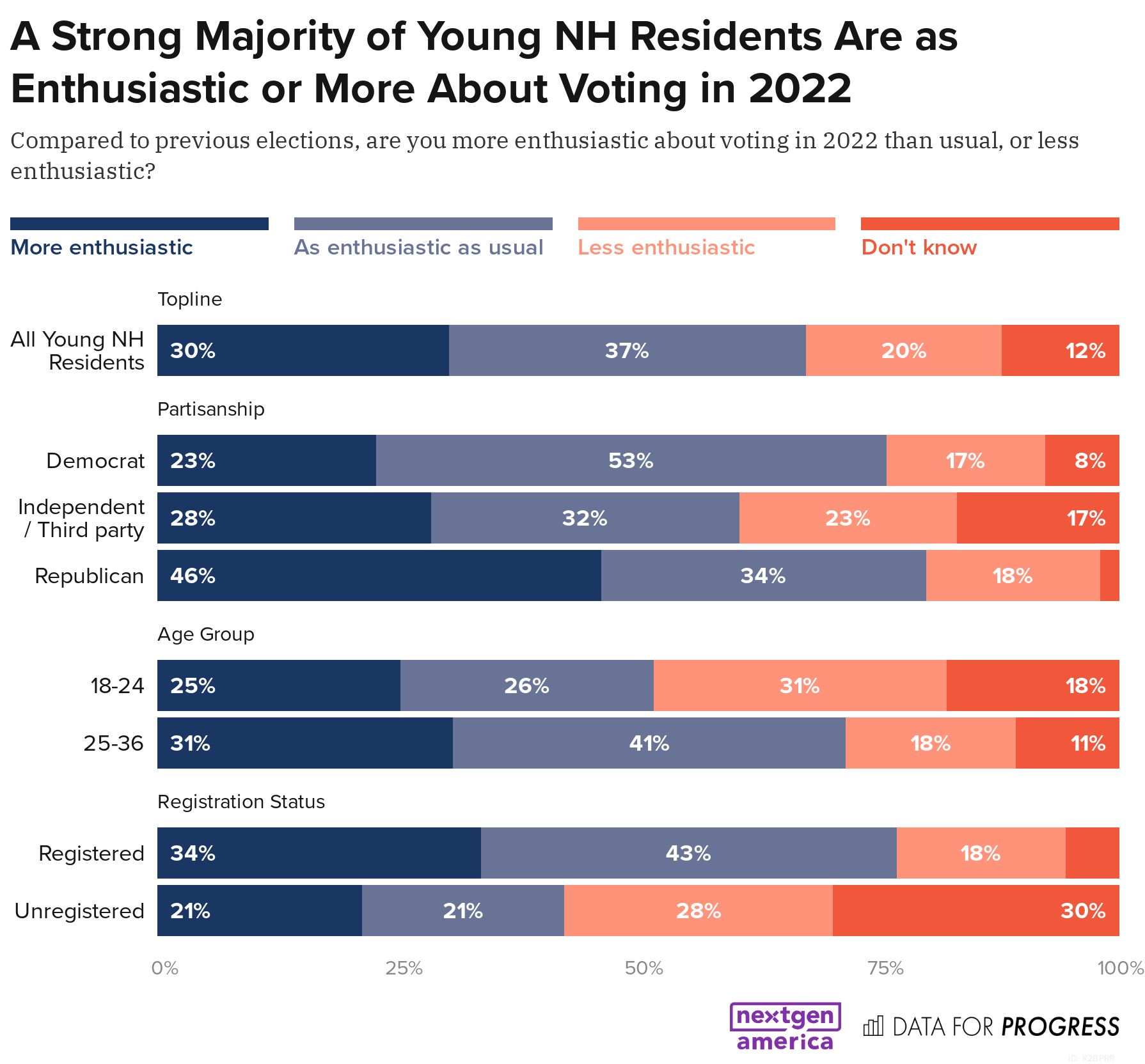 “Our new data shows what we already knew: young people in New Hampshire are overwhelmingly excited to turn out in 2022,” NextGen America President Cristina Tzintzún Ramirez said. “NextGen is committed to continuing to meet young Granite Staters where they are and engage them on the issues that they care about the most. Young people’s voices need to be heard in the November elections.”

The NextGen America-Data for Progress poll also measured the top issues facing young people in New Hampshire. As young voters look ahead to the next election, they’re sending clear signals on their top priorities and the concerns they believe our leaders should be addressing.

When ranking their top-five most important issues, 65 percent identified strengthening the economy as a top issue. Fifty-one percent of respondents called addressing climate change and transitioning to clean energy a top-five issue and 47 percent cited reforming the criminal justice system. Young people in New Hampshire also indicated support for increasing the federal minimum wage to $15 an hour (46 percent) and reducing the cost of prescription drugs (46 percent).