SAN FRANCISCO — NextGen America is announcing its endorsement today of Joe Biden for President of the United States. With an initial investment of $45 million, the organization will target more than 4.5 million potential young voters (age 18-35) in key battleground states through tactics that suit the conditions of a global pandemic, including peer-to-peer text messaging, digital advertisements, influencer partnerships, and direct mail. Likewise, NextGen America is announcing an initial $11 million spend on ad reservations for the general election. “We Deserve Better” and “One of These” are two of the first ads from NextGen America featuring Biden.

NextGen America is endorsing Biden because of the clear contrast between the former vice president and Donald Trump on climate, gun safety, education, the economy, and more. While another four years of Trump would be catastrophic for human rights and the survival of the planet, Biden has a platform that will move the country forward and can be pushed further by young people. NextGen America has created a voter guide for young people to compare Trump and Biden issue by issue. 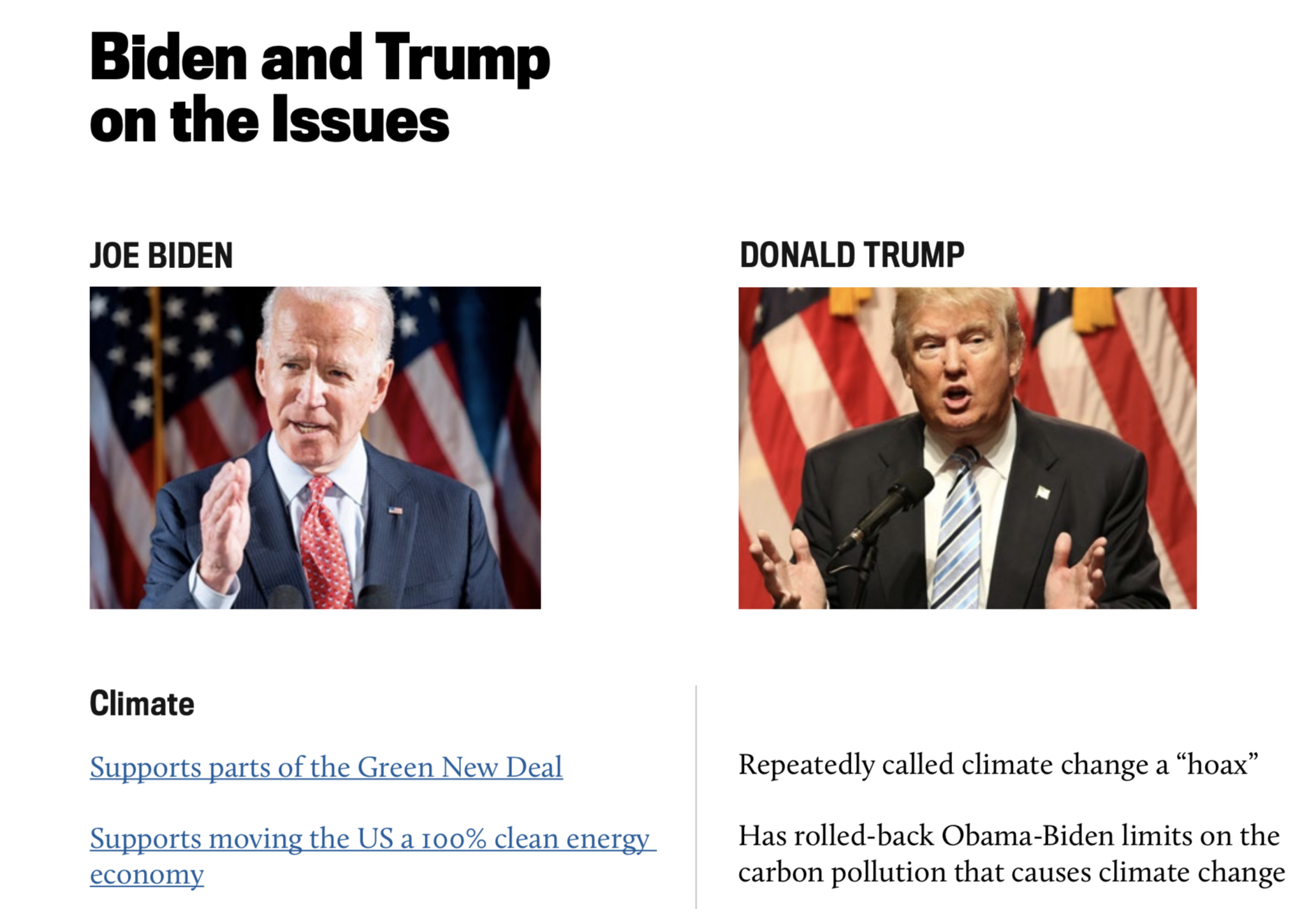 “We can have a president who wants 100 percent clean energy, student debt forgiveness, and an assault weapons ban, or we can have a white supremacist who tells Americans to drink bleach,” NextGen America Executive Director Ben Wessel said. “This election is about young Americans and our future, and the choice for us is clear: Joe Biden is the best candidate for president.”

Biden knows that he must do significant work in the next five months to earn the votes of young Americans and has already been focusing more on the issues most important to them. Since he became the presumptive nominee in April, Biden has proposed 100 percent student debt forgiveness for working and middle-class young people and universal cancellation of $10,000 in student debt. Biden has also called for a nationwide rent freeze, and his campaign introduced policy task forces that include progressive leaders like Rep. Alexandria Ocasio-Cortez and Sunrise Movement Executive Director Varshini Prakash.

Trump, on the other hand, has staffed his inner circle with hacks, criminals, and outright villains — from Stephen Miller to Jared Kushner to corporate polluters past and present like Scott Pruitt and Andrew Wheeler. Another four years of Trump’s rule would also mean generations of a far-right Supreme Court that dismantles health care, reproductive rights, LGBTQ+ rights, immigrant rights, voting rights, and labor rights.

NextGen America’s general election program will introduce Biden to young Americans in key battleground states, educate them on the differences between Biden and Trump, and ensure it is simple and easy for young people to cast their ballots this fall. Young people are the key to victory in this election, and NextGen America is ready to dump Trump.

NextGen America is a multiracial coalition of young people, organized to take power by winning elections for progressive candidates. NextGen is uniquely suited to help millennials and Gen Z’ers seize power as an experienced yet nimble political organization that leads with authenticity and grit. Since its founding by Tom Steyer in 2013, NextGen America has registered over 1.3 million voters and contacted millions of young people with messages encouraging them to vote. NextGen America is currently active and organizing in Arizona, Florida, Iowa, Maine, Michigan, Nevada, New Hampshire, North Carolina, Pennsylvania, Virginia, and Wisconsin.